For many people sitting still with a calm mind is far from easy – for me it was nearly impossible.  Until Kum Nye…

I had been an Adventure Travel Guide for nearly decade, the life of my dreams.  Yet each experience left me feeling more empty and frustrated, surely happiness and well-being was around the next corner!   As the years passed, I was exhausting myself mentally, emotionally and physically until I felt I had been everywhere and tried it all….. It was out of desperation that I signed up for a 3-month meditation retreat at a Tibetan Buddhist centre on a hill-top in France.

I didn’t like it; we were accommodated in baggy canvas tents, the meals were bland, the other participants were from another planet and the resident community were not even enlightened! I began planning my escape…     But during the lunch-break on the third day there was an optional session of Kum Nye. After the session I bought the book and everyday thereafter found the time to sit under a tree on the hill-top, to read and exercise and meditate.

As the weeks passed I was enjoying camping in the woods overlooking the valley, the food was nourishing and the company inspiring.

Had I finally found what I was looking for?

Towards the end of the three months retreat this person, who a few weeks earlier couldn’t sit still, was applying to do a one-year closed retreat – which became two years… 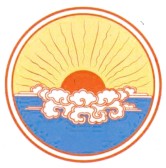 So, what is Kum Nye?  Kum Nye’s breathing, postures and movement exercises relieve the deeply-rooted tensions that make students restless and interfere with meditation. They help us bring our body onto the cushion, bring the mind into the body, and have the mind rest in alert wakefulness.

The tradition of Kum Nye is contained in Tibetan medical texts and in the ancient Vinaya texts of Buddhism – which describe living in accord with physical and universal laws and include extensive healing practices.  So the origin of Kum Nye is an ancient lineage of spiritual and medical theory, and practice, which links Tibetan with Indian and Chinese medicine.

Kum Nye was brought from Tibet to the West by Tarthang Tulku Rinpoche whose father was a physician and spiritual teacher.  In 1958 Rinpoche was forced to leave Tibet as a refugee and ten years later arrived in Berkeley, California.  He quickly attracted Western students who were bursting with questions about karma, re-incarnation, dream yoga and and and…

Tarthang Tulku Rinpoche’s response (in paraphrase) was; “If you are not in your body anything I say will not make any difference. We first have to be in our body.”

He observed how we live in our heads, our minds are in overdrive – thinking, worrying, distracted – while other aspects of our being are completely ignored.

He began to shape and systemise the Kum Nye movements, postures and breathing exercises for Western students and modern lifestyles. Rinpoche’s book, “Kum Nye – Tibetan Yoga”, published in 1978, was the first time Kum Nye had appeared as a body of written instructions.

Suitable for people of any age and all fitness levels, these simple exercises and postures, merged with the breath, balancing the intricate energy system of the subtle body – calming down what is over-active and awakening what is dormant.

In the stillness of sitting meditation that follows each exercise a deep reconciliation occurs, we feel relaxed yet energised, and a sense of wholeness, and more attuned with the world. For me this is the wonderful, almost magical, quality of Kum Nye; as a gateway to meditation, and a path to deepen our meditation practice – leading us to glimpse the true nature of our being.

Better still…! More even….!  Not only does Kum Nye lead us to the cushion and the experience of what meditation really is, at the end of our formal practice Kum Nye also becomes a bridge (or skilful means) to integrate this ‘new way of being’ with our daily life which – in the Tibetan tradition – is the whole ground and point and purpose of formal meditation practice.

I am still a work-in-progress but 22 years after that first meditation retreat on the hilltop in France, I sit on the cushion every day, and every day I enjoy it more.  Kum Nye is about joy, an innate joy.  And the feeling of coming home.

Matt’s calendar of Kum Nye workshops/retreats at Dzogchen Beara and elsewhere in Ireland is ‘on pause’ during the Covid-19 crisis.  Meanwhile the onLine programmes are flying!